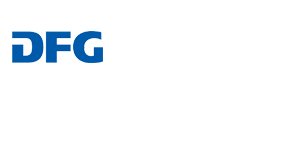 Collaborative Research Centers are prestigious and competitive research consortiums of international reputation. In addition to promoting interdisciplinary top-level science, one major goal is to actively support gender equality by enhancing visibility and networking for female scientists. Therefore, the EMBL, together with Collaborative Research Centers of the German Research Council (DFG) have established the 1st EMBL/DFG Women in Science Network Conference.

The scientific focus of this meeting is on genetics and immunology, as well as immunotherapy. In addition to presenting an outstanding scientific program, the meeting aims at increasing the awareness of women in academia for the relevance of networking with other scientists. The meeting will also offer a platform to discuss various aspects of gender equality with representatives of the DFG, EMBO and the Government. These sessions include “Networking Analyses” and “Speed-Networking”, as well as round table discussion involving representatives from the DFG, from EMBL and from the Government, who will discuss issues and advances in academic career development for women in Germany.